Home › About us › Institute history

The idea to set up the Institute of Radiation Safety and Ecology (IRSE) arose following the shutdown of the Semipalatinsk Nuclear Test Site (STS) while structuring the test site as a research center.
The Decree of the President of the Kazakh SSR N.A. Nazyrbayev No. 409 on the shutdown of the test site was published on August 29, 1991, and on May 15, 1992, Resolution of RK’s Cabinet of Ministers No. 779 ‘On setting up the National Nuclear Center (NNC) and the Atomic Energy Agency RK’ was adopted.
According to the Resolution of the RK’s Cabinet of Ministers No. 1082 dated October 29, 1993 ‘On the setup of institutes affiliated to NNC RK’, IRSE was affiliated to the institute of the research sector in military unit 52605. Military unit 52605 under the USSR’s Ministry of Defense, which was established in June 1948 (Zvenigorod town, Moscow region), dedicated to conduct nuclear tests at STS, was a centerpiece of the test site and consisted of two major structural links – the Directorate and research subdivisions (the experimental and scientific unit). A commander – a test site chief, was supervising all the activities carried out by each subdivision. A lieutenant general P.M. Rozhanovich became the first commander of military unit 52605 and М.А. Sadovsky – an academic advisor.
By the end of 1948, the scientific sector consisted of several departments: physical measurements, biological and armaments, each of which involved laboratories.
Over years of nuclear testing at STS, the organizational and staff structure of the Experimental and Scientific Unit was modified many times since the membership and types of subdivisions essentially depended on specific experimental objectives. The test program was initially aimed at fulfilling the following major objectives: physical and biological observations, observations over explosion effects on various types of structures and armaments. Subsequently, it became necessary to research into radiation effects from nuclear explosions more deeply, in particular, into radioactive contamination of the ground. To that end, a radiochemical laboratory was removed from the former department of physical measurements and a radiological line of activity was created on its premises. The biological department was transformed into a medical and biological focus area to study the exposure of living organisms and, in the end, the personnel and the public to nuclear effects. This focus area existed until the test site was disbanded. The study of damage effects by the ionizing radiation was focused on since hardly anything was known about the pathology at that point in time. A radiation problem was not encountered until after the first nuclear explosions were condcuted. Attempts to solve such a complicated problem virtually began from scratch, and STS became a place to study it most intensively. In fact, foundations of medical radiology and radiobiology were laid at STS as well as the first recommendations for radiation protection and radiation safety standards developed.
Following the official STS shutdown, nuclear tests ceased forever. All the objects at the former test site were released to the National Nuclear Center of the Republic of Kazakhstan. It is in that period that, according to a Decree issued by the Director General of NNC RK G.A. Batyrbekov No. 40 dated November 8, 1993, the Institute of Radiation Safety and Ecology was set up on the premises of military unit 52605. Since the Institute was established, the entire history has been related to the National Nuclear Center, and the activity – to the work at the test site. 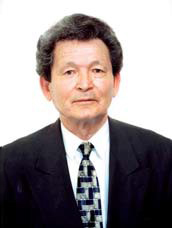 Akhmetzhan T. Seisebayev, Doctor of Biological Sciences, who encountered the most difficult period – the setup and development of the Institute, became the first director of IRSE NNC RK 1992 through 1995.
Laboratories of military unit 52605 scientific sector were the IRSE’s instrumentation framework with the remaining instruments and equipment. Afterwards, the instrumentation framework was substantially enhanced in implementing a number of international projects and following the receipt of several international grants, namely from ISTC, NATO, IAEA.
Under such highly rigid, tight and extreme conditions along with the development of the Institute’s scientific area, Mr. Seisebayev would have to master necessary administrative and economic skills. Being on the well-coordinated team of the first directors from NNC RK headed by G.А. Batyrbekov, the Republican industry-based scientific and technical program called ‘Development of Atomic Energy in the Republic of Kazakhstan’ was developed. Its viability had been time-proven and a strategic area in the development of the Center and IRSE, respectively, was defined.
Under this program Akhmetzhan T. headed and supervised the biological line of research. As a result of the organizational and technical activity carried by Mr. Seisebayev, a substantial contribution to IRSE setup and development was made. 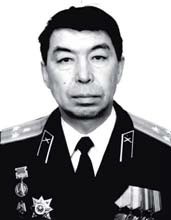 In 1995, Samat G. Smagulov was appointed an IRSE director. As a director (1995 through 1997) Mr. Smaguloiv who was actively involved in setting and developing IRSE’s scientific priorities significantly contributed to the painstaking and labour-intensive process of managing nuclear infrastructure elimination activities at STS, which allowed a successful and timely implementation of trilateral international agreements signed by RK (Kazakhstan, Russia, USA).
Samat G. was engaged in Semipalatinsk test site activities during intensive underground nuclear testing 1970 through 1998 and witnessed over 100 nuclear tests.
For a successful completion of activities on the destruction of the last nuclear device at STS, he (as a co-author) was awarded the RF Government prize in the field of science and technology. 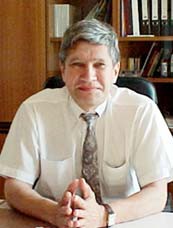 In June 1997, Murat A. Akhmetov was appointed an IRSE director.
M.A. Akhmetov began to supervise the first areal studies of STS areas. First of all that was the central part of the test site along radioactive plumes running from atmospheric test locations southward and southeastward. Thereafter studies concerned the southern part, namely, the Abralinsk area of 1,332 km2. Environmental measures were subsequently developed and implemented for STS radioactively contaminated areas as well as proposals made to use those areas in the national economy.
Under Mr. Akhmetov radioecological and medical-biological studies continued; environmental rehabilitation and human health recovery activities carried out in regions of the Republic of Kazakhstan where nuclear explosions were conducted and at locations of nuclear industry and nuclear facilities.
Murat A. contributed a lot to the process of managing nuclear infrastructure activities at STS, which allowed a successful and timely implementation of trilateral international agreements signed by RK.
For a great personal contribution to the remediation following nuclear testing in Kazakhstan, on the occasion of the 10th anniversary since the test site shutdown (August 27, 2001), М.А. Akhmetov was awarded a ‘Yeren yenbegi ushin’ medal. 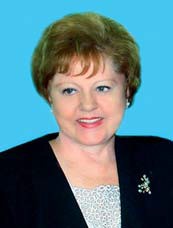 In 2002, Larisa D. Ptitskaya was appointed an IRSE director.
Under Larisa D. Ptitskaya’s guidance IRSE created and implemented a methodological instrumentation framework that allowed getting down to radiochemical and gamma-spectrometric analyses and, most importantly, the determination of weapon-grade plutonium isotopes in samples collected; biological research. At the same time, for radioecological research, a new team of young specialists was being assembled, great attention was paid to their advanced training.
Mrs Ptitskaya was a research supervisor in radioecology within the former STS, an executive officer in the assessment of the radioecological situation across the Republic of Kazakhstan, also supervised research programs as part of INTAS and ISTC. The Republican state-funded program ‘STS. Radiation Safety Assurance’ started under her guidance. In addition to radioecological research, Larisa D. greatly contributed to the military infrastructure elimination at STS. She was directly involved in defending EIA based on the destruction of 181 adits, several dozens of boreholes and consequences of ‘Omega’ experiments given by the Institute for the Ministry of Ecology. 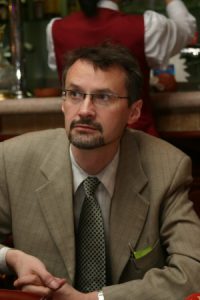 In 2006, Sergey N. Lukashenko was appointed a NNC RK deputy director general for radioecology and an IRSE director. Over his work period as a director, the Institute has extended its scope of activity including such areas as: the development of individual dosimetry techniques, the development of novel techniques of determining internal exposure doses, the development of novel techniques of reprocessing radioactive waste.
Mr. Lukashenko has made a great contribution to the formation of young scientists of the Institute. Under his guidance, IRSE started large-scale radiobiological and radioecological research, set up the first grave full-scale experiments in the STS territory. Based upon regularities revealed, the transfer or artificial radionuclides in the ‘water-bottom sediments’, ‘soil-air’, ‘soil-plant cover’ and numerical parameters describing these regularities, methodological approaches to the assessment of aquatic medium, air basin and plant cover contamination levels were developed and scientifically substantiated. The quality of farm products produced at STS was experimentally and theoretically evaluated. Its production capability was also proved with a guaranteed quality by radiation features. In 2007, a branch of the chair ‘Ecology’ of the Semipalatinsk Teaching Institute was established on the IRSE’s premises, courses of special lectures and hands-on training were prepared.
In 2016, Sergei N. defended a Doctor’s thesis in Biology entitled ‘Radioecological rationale for releasing areas of the Semipalatinsk Test Site to the economic use: fundamental and applied aspects’.